Today, Siegfried and I accepted Jane’s invitation to visit Swarthmore, PA, to see how one small town celebrates Independence Day. It was an experience as new to me as it was to Siegfried. We had a delightful time.

We arrived in time for the pet portion of the parade. 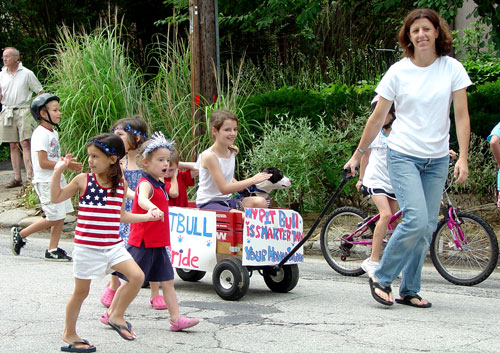 Next came the small bikes and trikes. 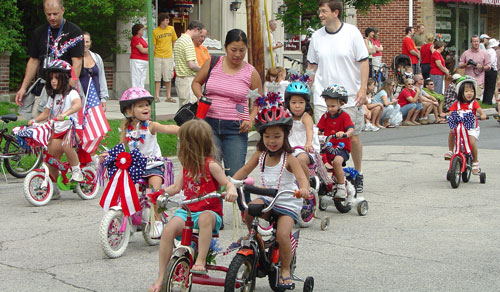 I particularly liked this variation on the tricycle. 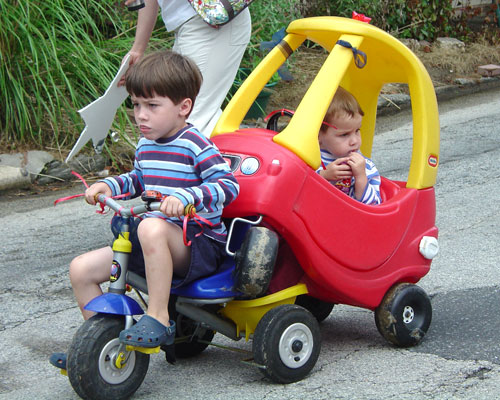 The winner of the small bikes and trikes division accepted congratulations and her award from the announcer. 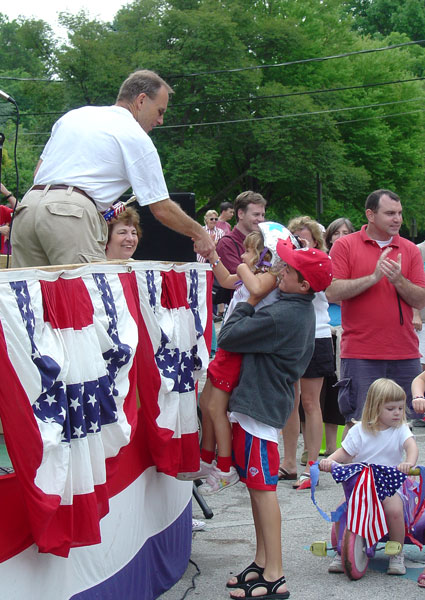 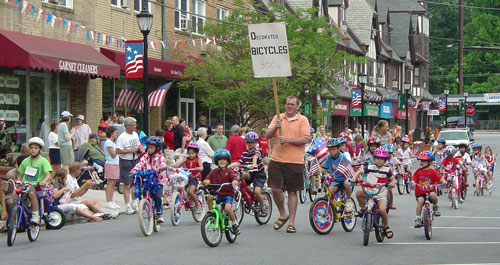 The floats waited in the wings while the bicyclists proceeded. The pioneers in front won the float competition. Unfortunately, you can’t quite see here the covered wagon (led by a stuffed horse) that they were pulling. 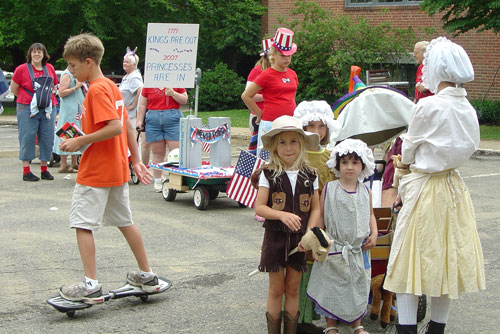 Another float headed back down the parade route after the judging. 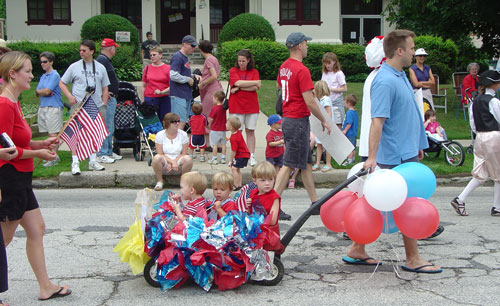 The highlight of the celebration was the demonstration by the volunteer fire fighters.

There was a slight delay when the flare to be used to light the fire couldn’t be lit (is it a bad thing when firefighters have trouble starting a fire?), but once it was, the drama began. First, a fire started on the stove behind the distracted cook, who was busy talking on the phone instead of tending the stove. 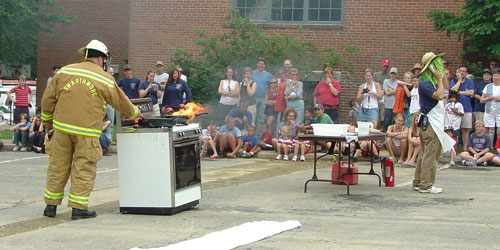 We saw how fire can spread if you try to run outside with a burning pan full of grease. 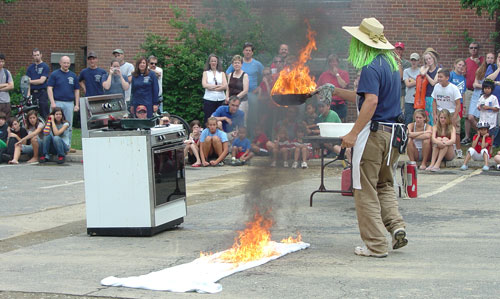 A firefighter stepped in to douse the fire using an extinguisher. 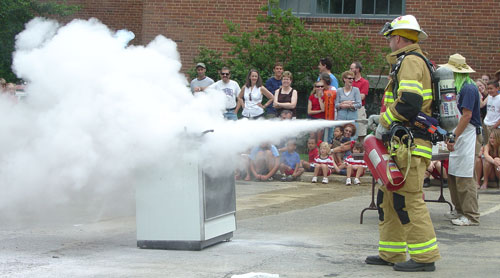 Unfortunately, the fire wouldn’t go out. 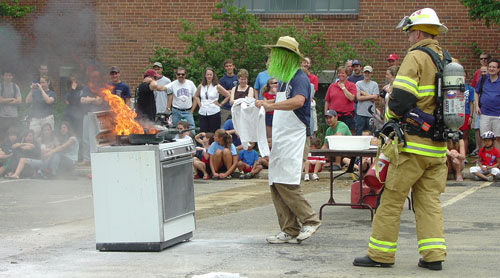 After several more attempts, the fire was finally put out. 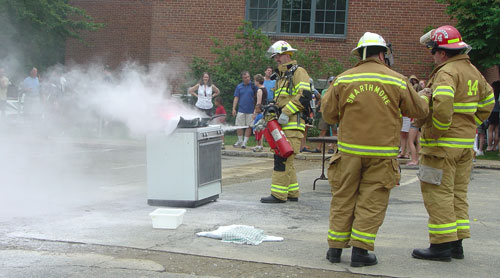 After this dramatic demonstration, we headed to the home of friends for an all-American cookout with grilled hamburgers and hotdogs, watermelon, and a delicious blueberry-and-rhubarb pie. 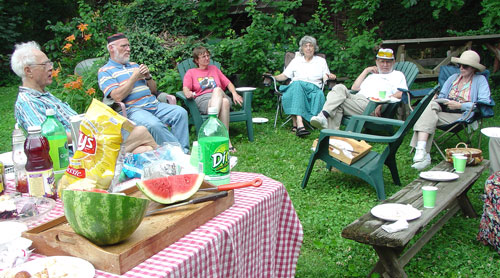 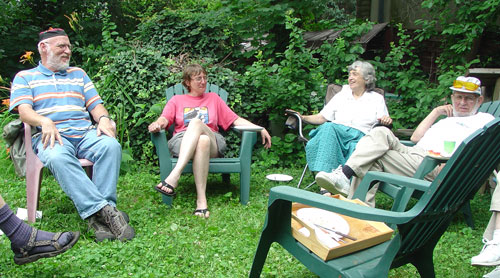 A big thanks to Jane and our hosts for sharing this experience with us.