After we returned from our visit to the Esherick Museum and Brad Smith, we were eager to get to work. The first order of business was opening Jane’s form to see how her experimental concrete table leg came out. Check out the nice wood grain pattern left by the plywood form.

Jean-François set about screening the red dirt he collected at Brad Smith’s. 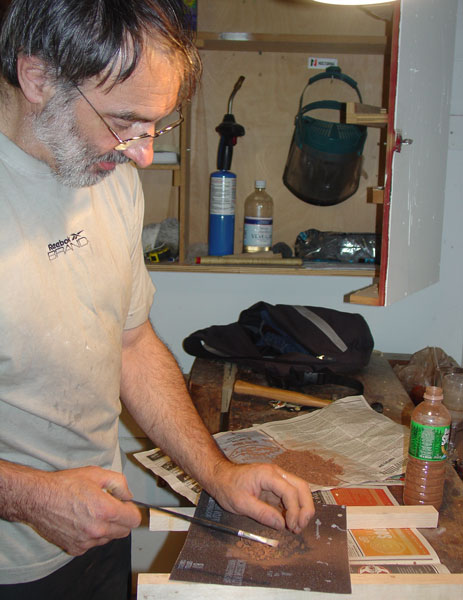 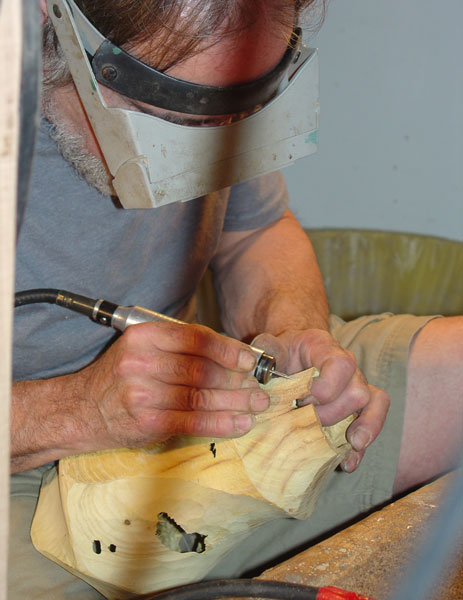 Jean-François then began to exact his revenge on the Chinese elm log that broke his toe. He turned it, 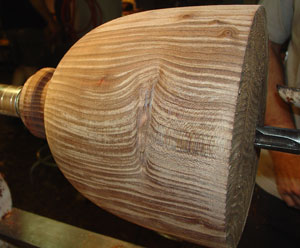 textured it on multiple centers, then burned it. 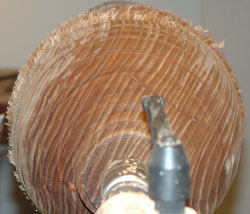 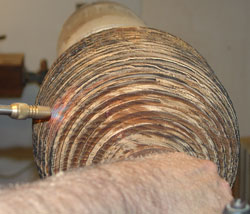 I caught Peter (“I don’t turn anymore”) on the lathe, where he was turning elements to use in casting a base for his collaboration with Siegfried. Below, he is positioning the turned elements on part of the form, then assembling the form. The turned elements will allow cables to be attached after the concrete has set. 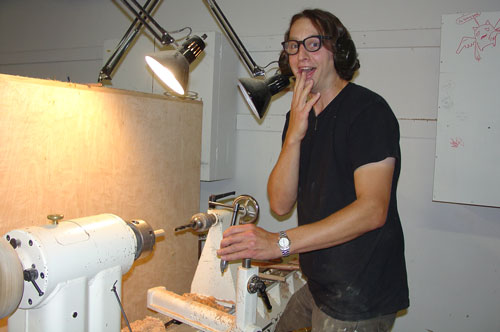 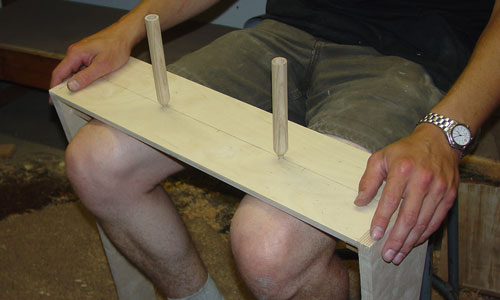 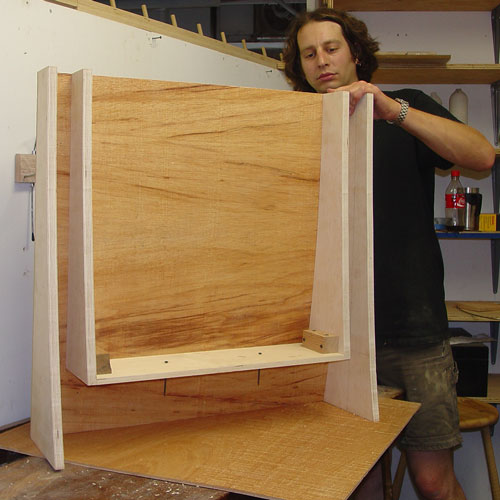 Peter used threaded rod for reinforcement inside the form, attaching them to the turned elements and to vertical rods in the uprights. 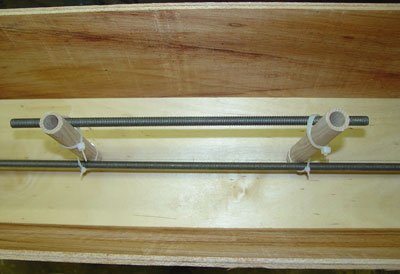 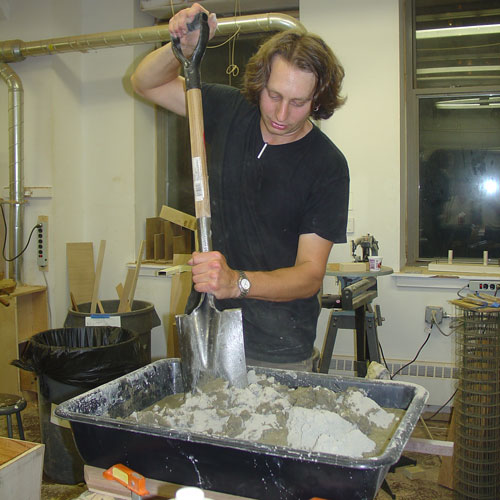 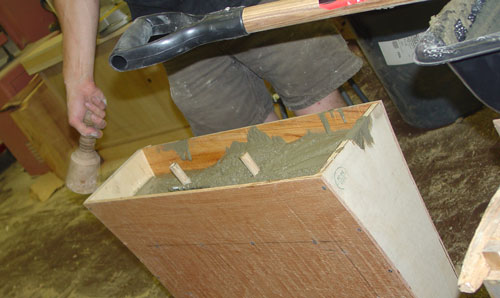