I finally burned the shavings out of my cement experiment. The outer shape didn’t work out, but I like the interior. 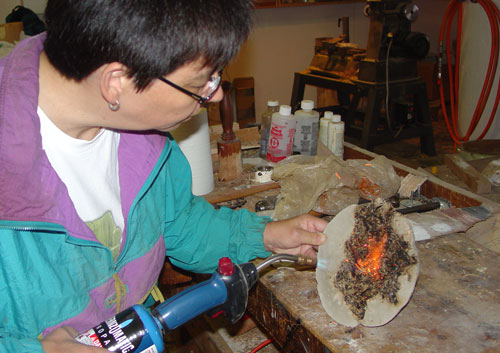 Jean-François wasn’t quite fully back on his feet yet, but that didn’t stop him from turning. He continued work on his Chinese elm bowls. 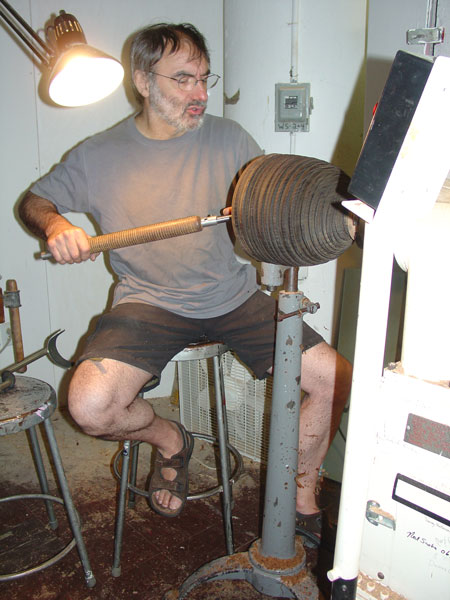 Peter opened one face of his poured form to see how it was setting. (This photo was taken before he opened it.) 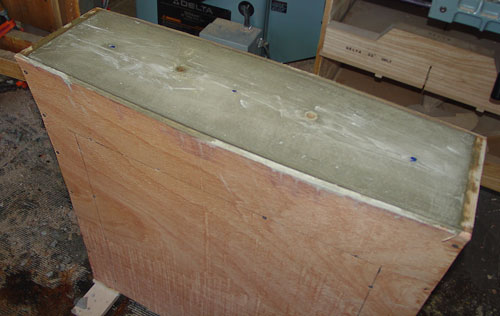 Mark Sfirri came by for a visit and also showed us two wonderful slide presentations: one on the Canadian turner Stephen Hogbin, the other on Wharton Esherick. 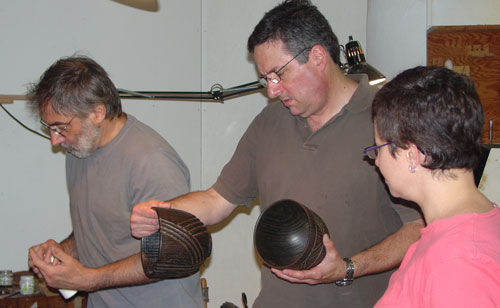 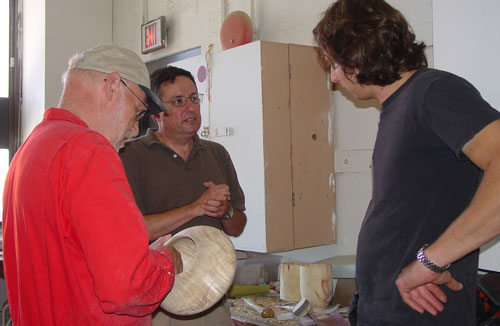 While everyone else was out of the shop for lunch, Jane and I decided that, with one face removed, Peter’s poured concrete form looked like a fireplace. We decided to light a fire in it and put some art on the mantel. 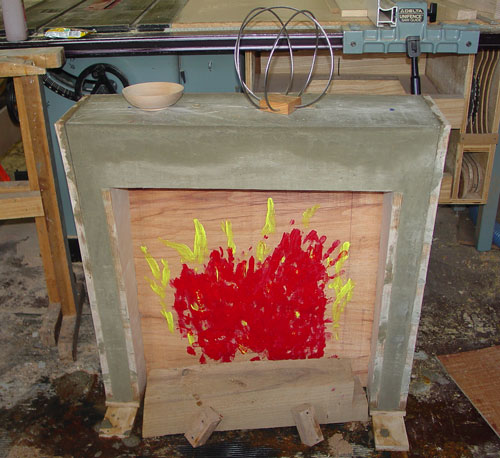 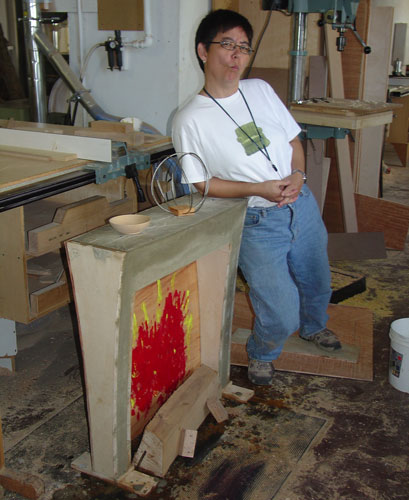 And when the group came back from lunch, almost everyone wanted to pose for a portrait. 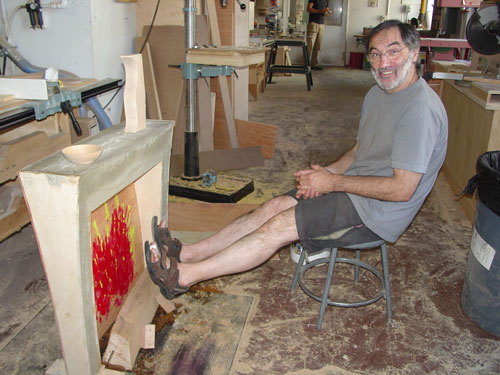 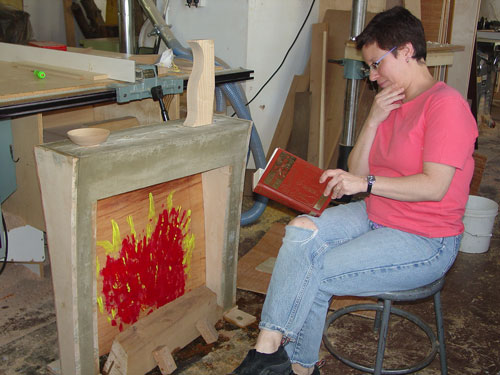 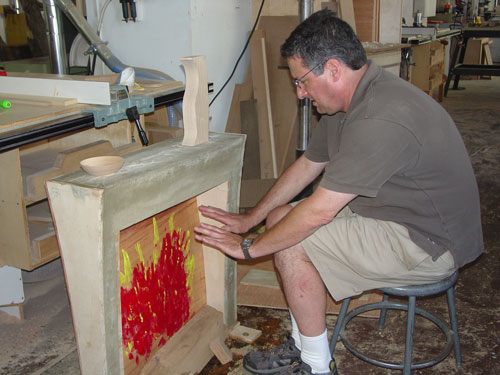 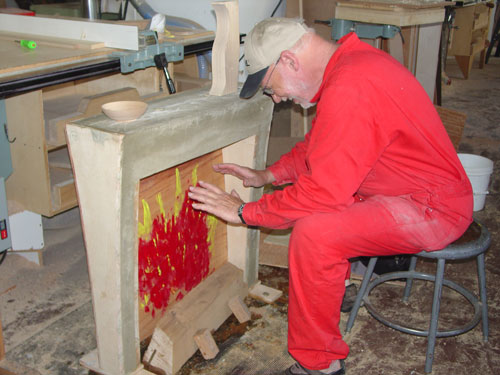 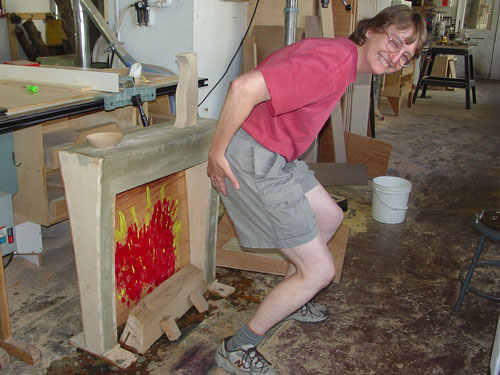 Afterward, Elisabeth continued her turning lessons with me. I’ve decided to hire her as my stunt double. 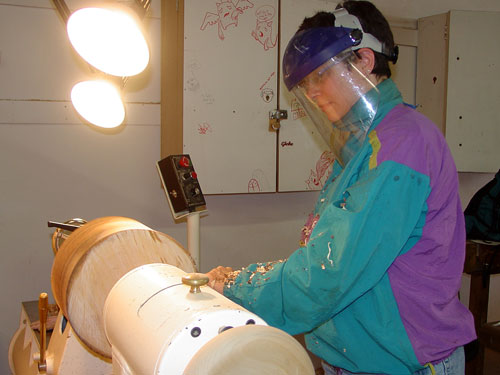 I have neglected Siegfried over the last couple of days and don’t have photos, but today he turned Styroform forms and poured a thin cement bowl with Peter, and he has been finishing the vessels for his collaborative piece with Peter.

Despite the fun of the fireplace, I badly needed to blow off steam this night, so I had a riotous night out with Jane and Co. in Old City, at the end of which I purchased the lovely glasses you have already seen. Too much blah blah blog and not enough play can make Lynne a very tense girl.