Yesterday and today were big days for Jean-François. Here is what I found on Jean-François’s workbench this morning. 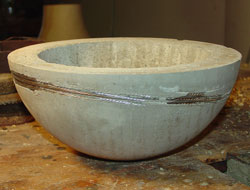 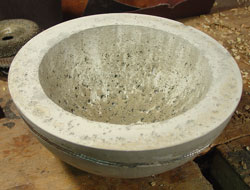 He has had the idea for cement bowls in his mind for five years now. Beginning yesterday, he is seeing his vision fulfilled.

He proceeded to make a second bowl after a trip to Home Depot for some black cement color. He used the same mold as for the first one, but he altered it by turning and carving some decoration into the forms for this bowl. You can see the horizontal grooves in the outer form, which will become beads on the cement bowl. You can also see some carved facets on the inner form. The inner form is suspended and held in place by screws in the top crosspiece of wood. Oil has been applied to the wood surfaces to aid in releasing the set cement. 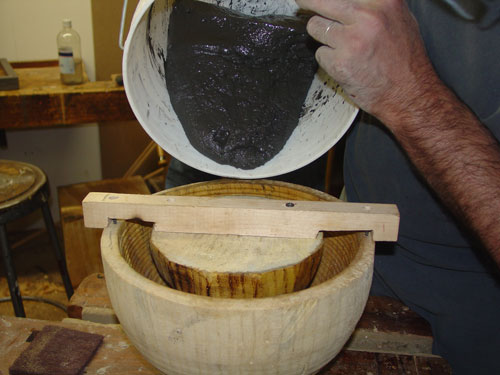 Peter helped him with the whole process. Here, Peter is tapping the outer form to release bubbles from the cement. This doesn’t get rid of all of them, but it reduces their number and perhaps their size. 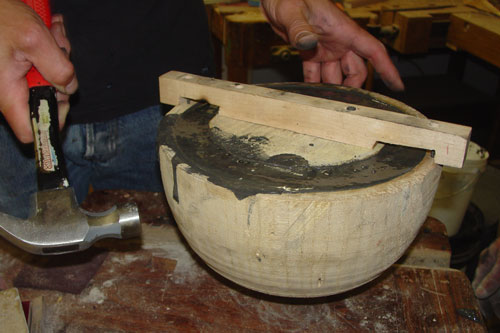 Then it was a matter of waiting. Finally, after six or so hours, Jean-François and Peter began trying to release the bowl from the mold. Tapping didn’t work, though it had for the first bowl. The texturing of the wood for this second bowl made the release more difficult. Jean-François ended up turning the assemblage (this was easy to do, because the outer form was still mounted on a faceplate), first cutting away most of the inner form, then carefully chiseling the remainder loose. Finally, the remaining form came loose and lifted out. 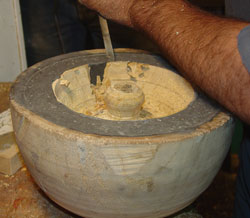 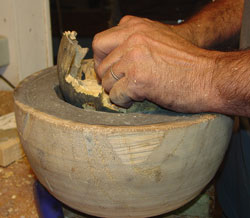 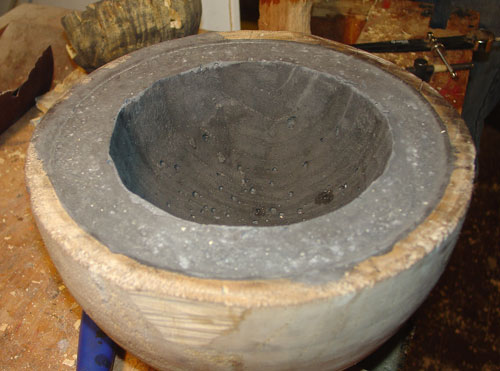 You can see the grain impressions left by the wood, as well as bubbles that didn’t get released. In the background is the inner form that was removed. 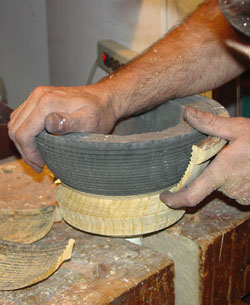 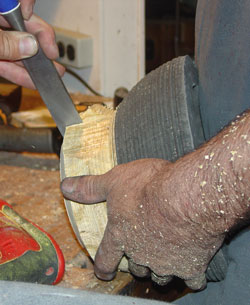 Jean-François will give what remains of the forms to Sean to use. 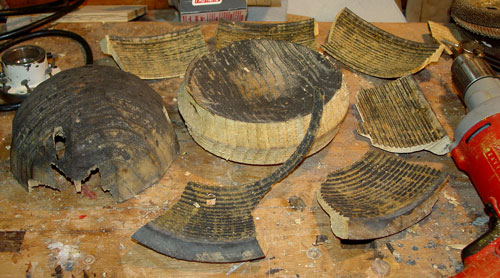 The pair of bowls. Jean-François will make a third cement bowl tomorrow.

What Jean-François worked on while he waited for the cement to set was this oak bowl and another, to go with the red-and-black one from yesterday. He painted the second one with white acrylic and burned it to blacken the ridges. 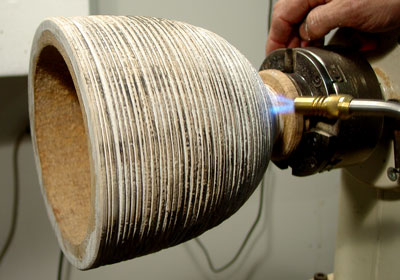 When Peter wasn’t working with Jean-François yesterday and today, he was working on wall pieces using blocks of the wood he is using in his bench—which is not cherry but honey locust, everyone agrees—and cable he brought with him from home. 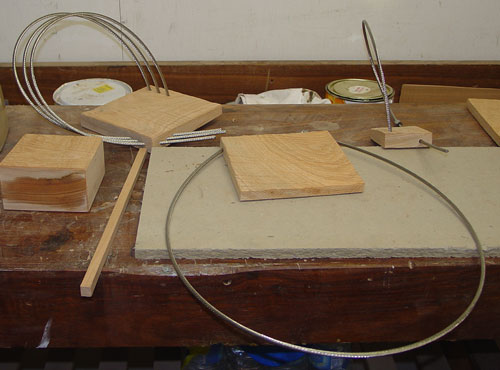 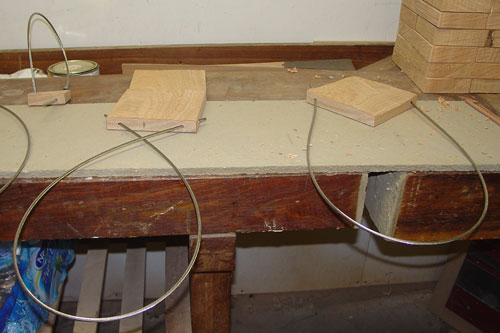 This is an experiment by Peter and Jean-François from yesterday. They formed cement over a pile of chainsaw shavings and then burned the shavings out with a torch. I love the texture and the idea of a freeform cement bowl. 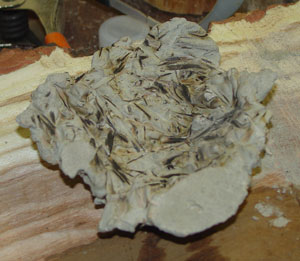 Working in his own corner, Sean did more carving on the components for his oak sculpture. 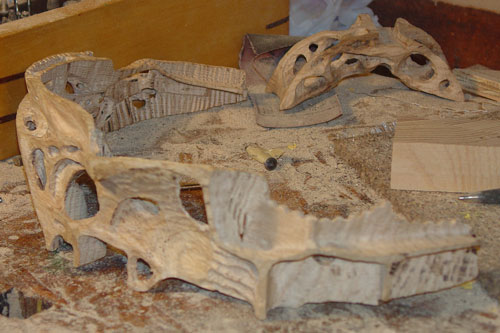 He also worked on turning a deep bowl of osage orange. 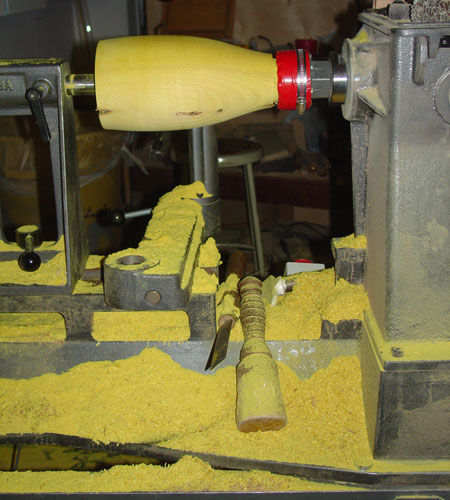 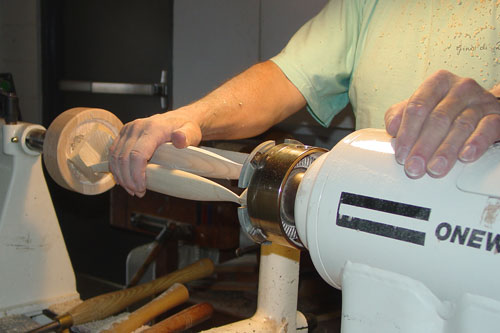 As for me, after watching the cement pouring by Jean-François and Peter, and servicing the electric chainsaw with Jane and help from Sean, I started a vessel from an unknown wood with a large split down the side. Tomorrow, Jean-François is going to teach me some texturing techniques with the Arbortech, which I plan to use on this new piece. I also did more carving on the lip of the pear hollow vessel.