We are really in production mode now. Except for a brief meeting with Albert and Jane about scheduling and shop rules, we all just worked. I wish I were as fast as these guys, but I gave up trying to keep up long ago.

Jean-François whipped through his spalted ash bowls and is doing more Chinese elm bowls. He tried texturing them with an electric chainsaw, but the effect once the texture is wire-brushed is not much different from what he has done with an Arbortech—not that there’s anything wrong with that. 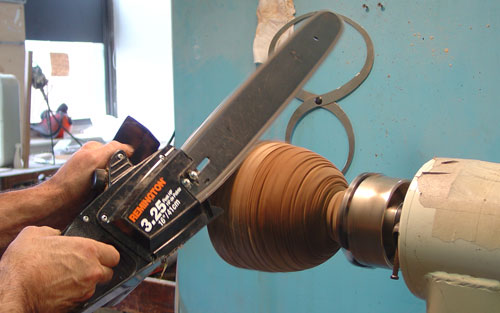 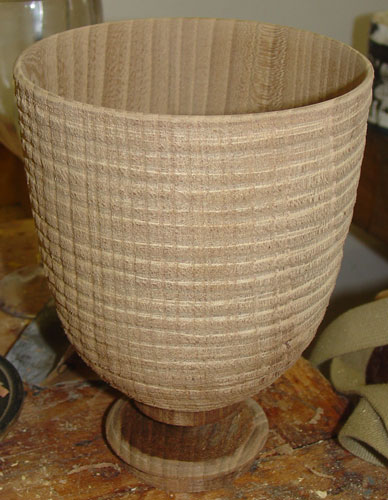 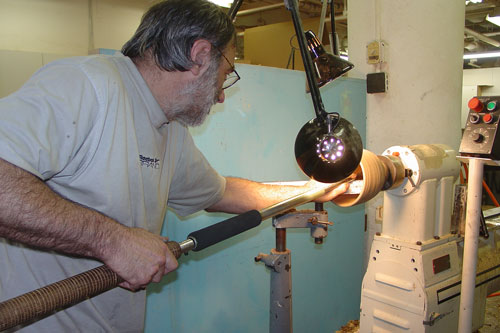 Sean has made a few pieces in this form, appealing in its simplicity and very versatile. Check out the “carved” motif on the face of the first piece. Those are bug holes, guys. I have never seen them form a pattern like this. Let’s hope some of these bugs survived to pass on their genes to other wood borers. 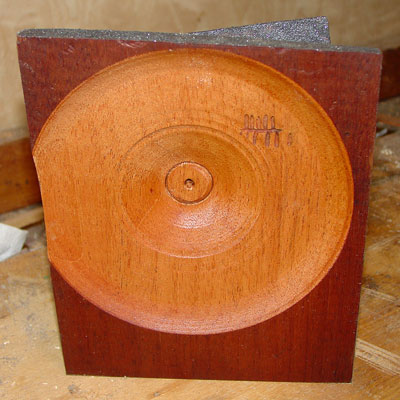 Here is another piece in the same form. You can see the other side of it in the next photo, along with the next incarnation of one of the pieces shown in yesterday’s post. 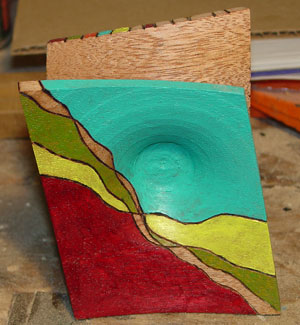 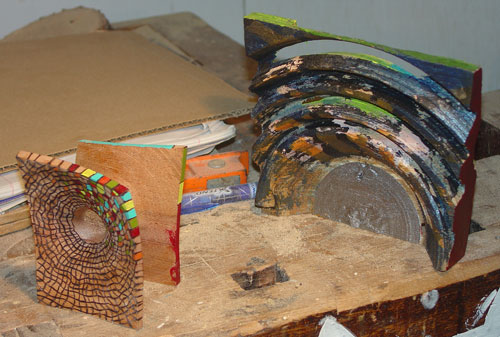 And here is a new piece in that form being started on the lathe. A simple block, a simple form, but with oh-so-many possibilities. 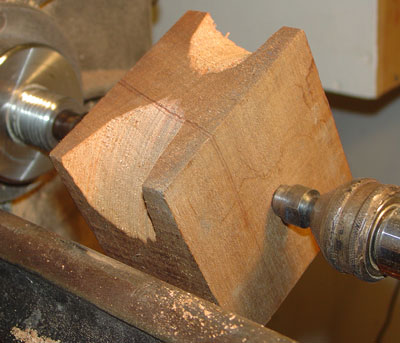 Siegfried was busy with the chainsaw for a long time today, cutting up a large log of what we think is silver maple. Then one minute, I was holding the door for him as he came in carrying an armload of cut blocks; the next, he had this array of roughed-out vessels sitting on his workbench. Check out the figure in some of these pieces. 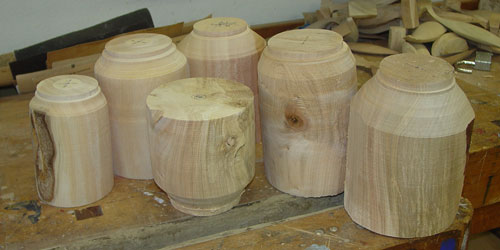 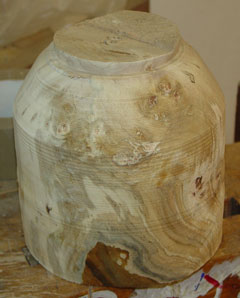 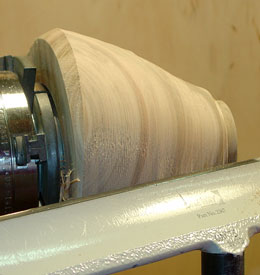 Siegfried wanted to be sure that I got a good shot of the lovely shavings he is getting from this wood. Mmm. Maybe I’ll steal a little tomorrow. 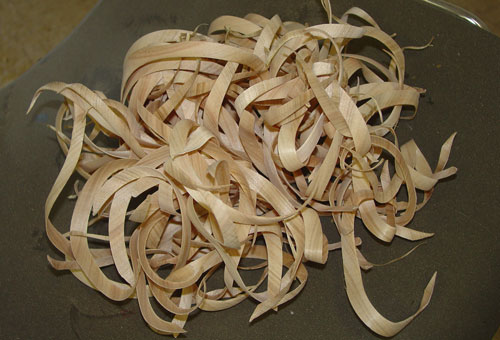 I keep forgetting to take pictures of what I am doing, but I almost finished a large, flared cherry bowl today—and maybe I will go finish it now, before heading back to the dorm for bed. I will again be playing with the idea of cleaving as I carve its rim. And Jane brought me branches from her brushpile that I will use with the pear vessel I turned yesterday. Are you intrigued?

In case you are wondering about the toll this intensive experience is taking on us, know that Jean-François has been talking to his tool rest—and it answers him in French.