We visited the Wharton Esherick Museum in Paoli, PA, on Wednesday. If you don’t know who Wharton Esherick, “Dean of American Craftsmen,” is, get thee to Google and learn all you can. I’m about out of words, so (for now at least) I’m going to leave it to you to find out about the images shown below. 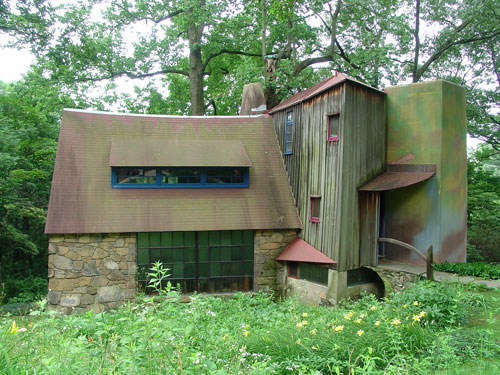 The beams for the roof of the garage shown below were badly warped, so instead of scrapping them or trying to straighten them, he split them and used the curve in forming the roof. 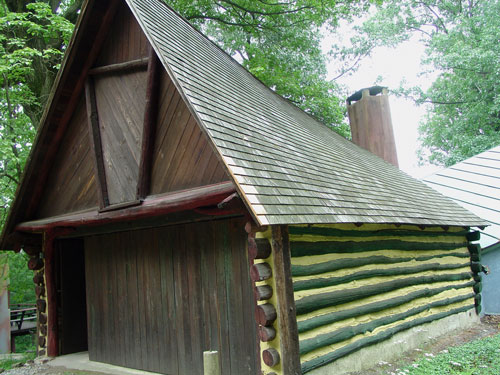 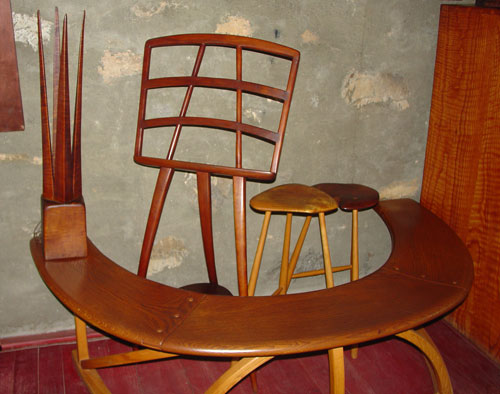 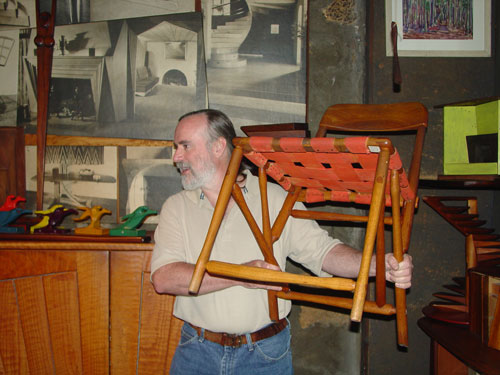 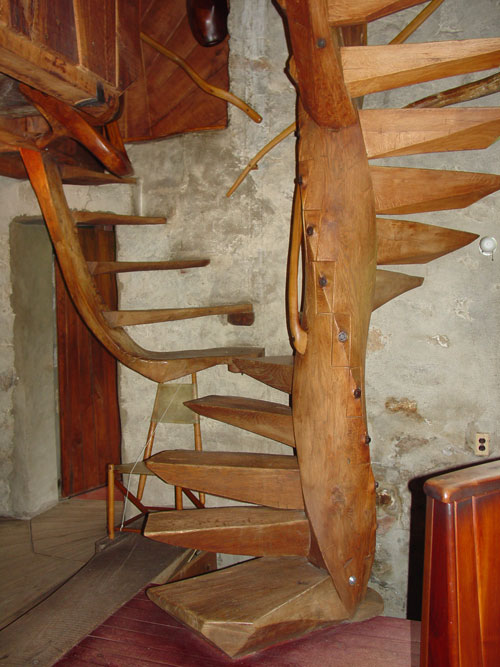 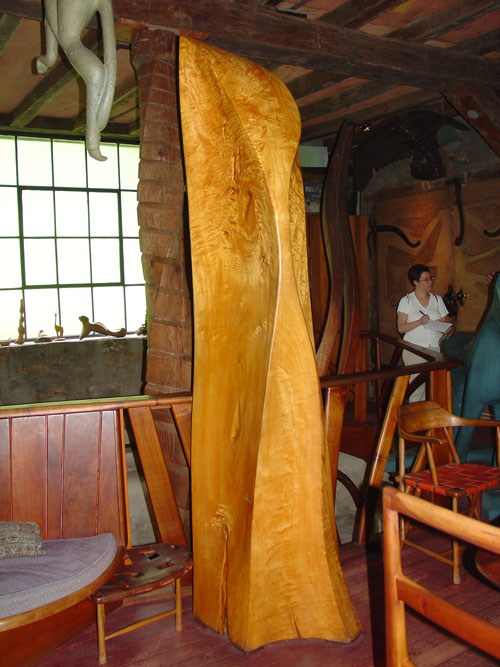 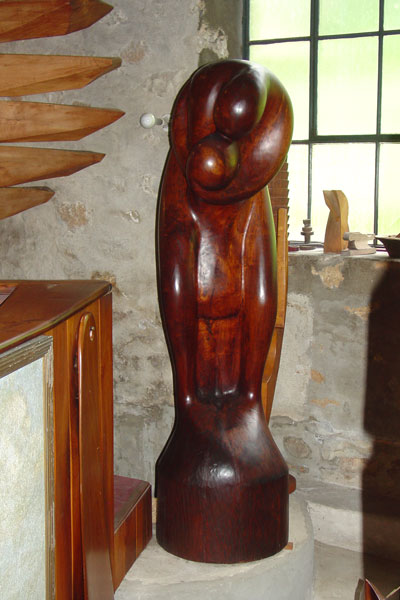 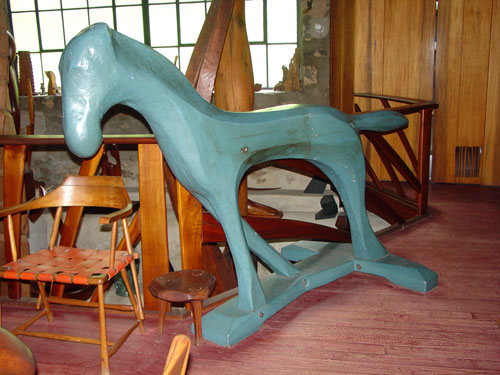 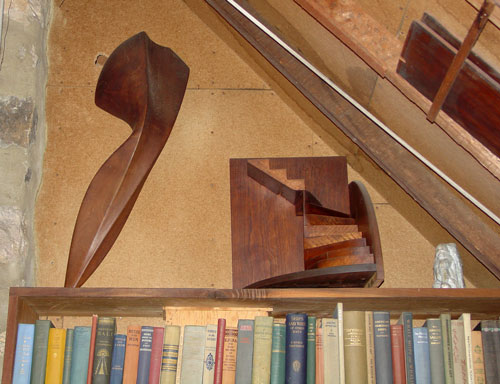 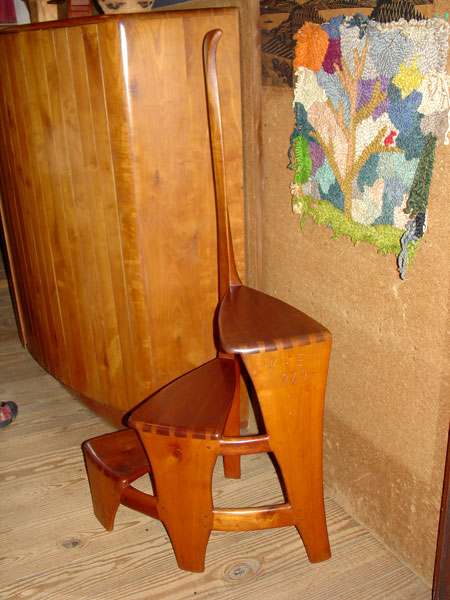 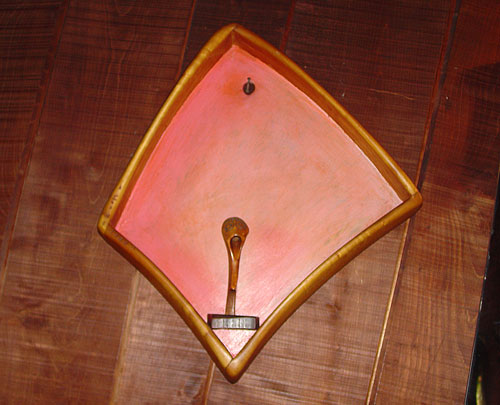 After the tour, we had a lovely lunch with Rob Leonard, the museum director, and Paul, our guide, out on the deck. Paul had to leave and, no doubt out of habit, locked the deck door behind him, leaving us stranded out on the deck. Rob was ready to leap to our rescue, but even six-foot-five Peter balked at the drop to the stairs below. Fortunately, reason prevailed, and Rob had Elisabeth use her cell phone to call Esherick’s daughter and son-in-law, who live on the property, to come release us. 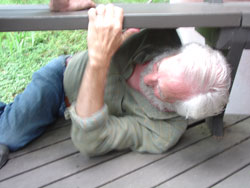 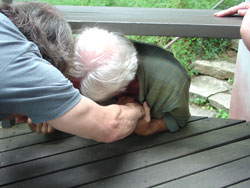 That’s Rob Leonard in the back row behind Siegfried. 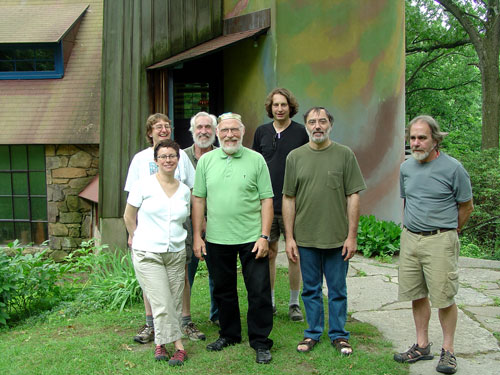