Mark has a Oneway with two bed extensions, allowing him to turn pieces up to 13 feet long. The farthest extension runs under the table in the background. 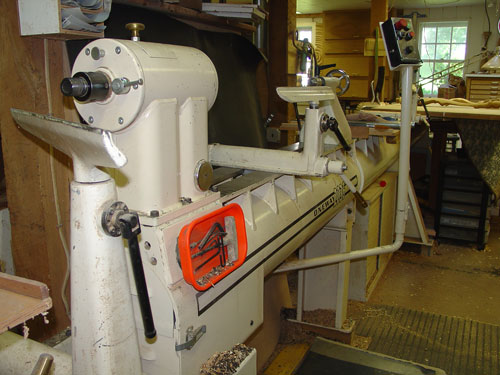 Mark does a lot of off-center and inside-out turning. Here is a sample he has turned with the two halves still joined. For those who don’t know, inside-out turning involves joining two pieces of wood, turning them, separating them, reversing them by putting the two outside faces together, rejoining the pieces, and turning them again. Mark further complicates the shape by offsetting the centers he uses to turn each face.

Mark is also well known for turning pieces that appear to be bent. This is an example of the blank he uses to turn such shapes, next to the kind of shape it will yield. The trick is to cut the blank and mount it as shown in the second photo below. 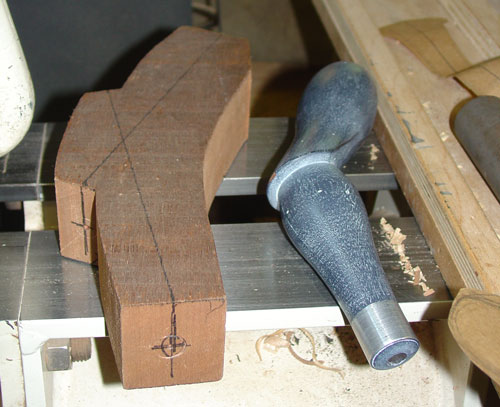 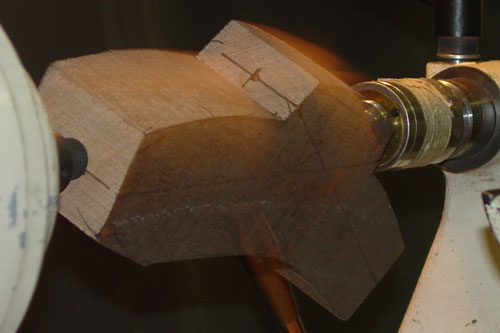 Mark keeps on hand a lot of samples to help him recreate forms. 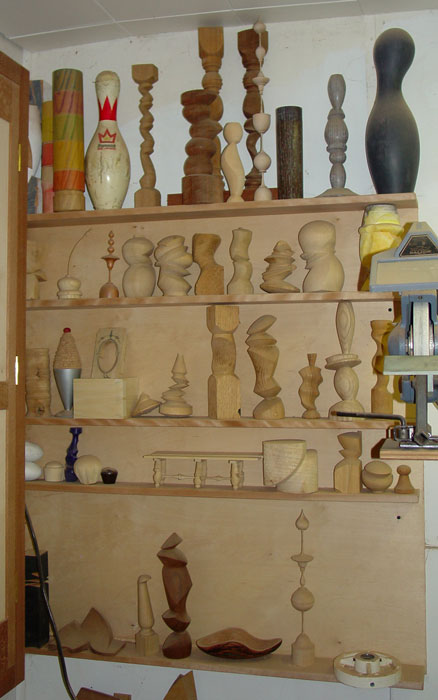 Mark showed us how he uses a mirror to simulate the absent opposite leg of a model for a piece of furniture. 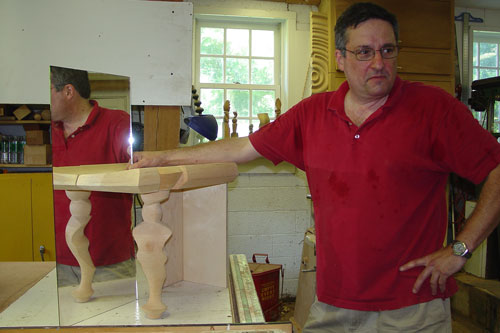 Mark has many beautiful turned and other wood art works in his home, some his own work, others by fellow turners and furniture makers. 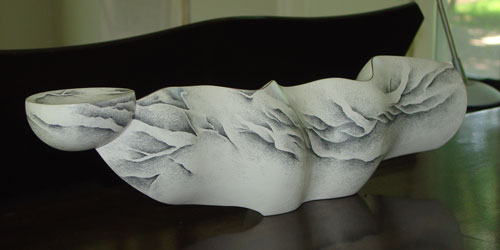 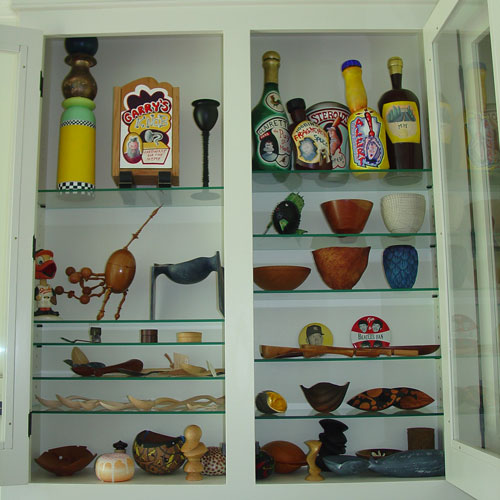 The highlight of our visit was a fruit salad Mark made for us, a creation for which he seems to be known. He told us that one year he had a card made with a photo of such a salad (but even more elaborate), clearly identified as a “kitchen creation,” and sent it out. The first five or so recipients called him asking him about the availability of the piece, assuming it was wood! He says he wishes he could create a piece that looked so realistic! 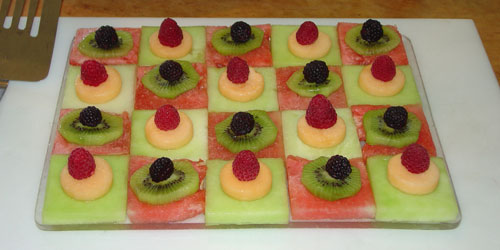 The salad was very refreshing, perfect for a steamy summer day. Peter, of course, couldn’t resist playing with his plate. 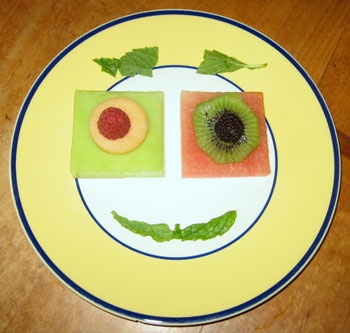